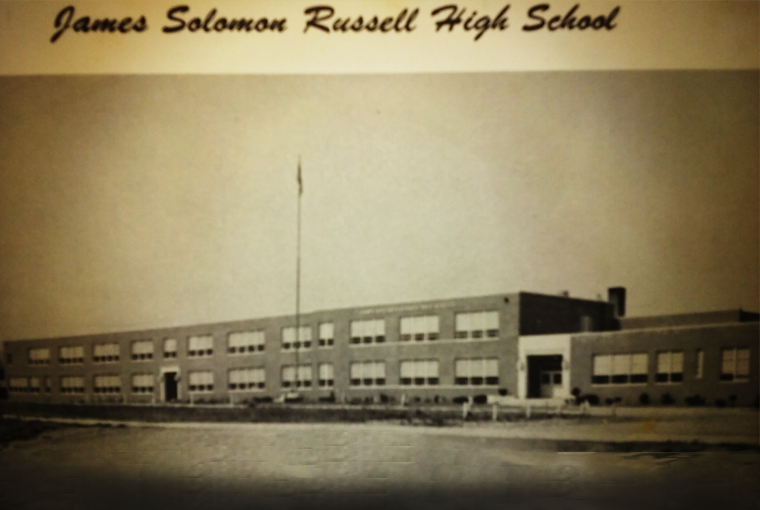 In the early days (1925), Brunswick County had no public high school facilities for black students. Since the trend was changing in other counties it decided to financially enter an agreement with Saint Paul’s School to fill this void since Saint Paul was already accredited. Saint Paul’s School therefore included a high school course segment in its curriculum which mainly consisted of the trades and some academic training. This arrangement continued through the late 1940s when the trends began to change. The Saint Paul’s Polytechnic Institute enrollment was 547 and the Saint Paul’s High School enrollment was 585.

In 1948, discussions began regarding the construction of a new high school building funded by the Brunswick County School Board. The efforts were led by Oris P. Jones (mortician) and John Brown (businessman) who also donated land for the new high school site. The Brunswick County School Board under superintendent, R. Lee Chambliss, requested that Saint Paul continue the high school through 1950, and in turn it would build the new high school and assume the financial responsibilities. Construction started on the new high and 1950 the first group of students transferred from Saint Paul’s High School to the newly name James Solomon Russell High school, under the leadership of H. Leslie Giles, principal and James B. Cooley, Assistant principal.

The JSRHS prospered over the years through 1969, when the school body was transferred to the Brunswick High School due to the new federal regulations ending segregation in public schools.

The James Solomon Russell alumni groups continue to celebrate their years at the high school through annual reunions and group activities.

Your ticket for the: JSRHS Lions Den