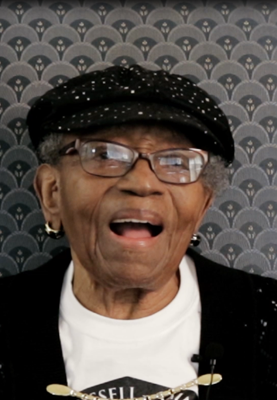 Iris Lucille King entered Saint Paul’s Polytechnic Institute in 1940 and graduated among the first of the four-year graduating class in 1944, which was a transition from the two-year Normal Certificate Program to the first full four-year baccalaureate program.  She continued her education by receiving degrees from the Union Theological Seminary and Columbia University.   She went on to receive her doctor’s degree from Columbia University in 1978.

Dr. King went on to touch the lives of countless thousands of young men and women in the college and university settings.  Her work has been associated with Virginia Union University as a Professor of Psychology, Coordinator of the Gerontology Program, Associate Dean of Student Affairs, and in other faculty positions.

The Christian nurturance received at Saint Paul’s College has served to sustain her participation in the church activities in the Richmond, VA area, Charleston, SC, as well as at the alma mater itself.  She has given strong support to the Richmond Alumni Chapter and served in numerous positions, including president.

She has received many honors and awards in many areas:  Award from the U.S. Commissioner of the Elderly for Outstanding Service in Gerontology, Outstanding Service from the Delta Theta Sorority, The Ford Foundation, United Negro College Fund, The Danforth Foundation, along with many other awards and recognitions.  Her service and devotion to others show clearly how she displays the dream of Archdeacon James Solomon Russell.   She devoted her lifetime of professional service to the caring and welfare of others, especially the elderly.